You are browsing upcoming documentation for version 5.1 of OroCommerce, OroCRM, and OroPlatform, scheduled for release in March 2023. Read version 5.0 (the latest LTS version) of the Oro documentation to get up-to-date information.

The instance of this class can store the data of step execution, such as a number of records that were read/written, errors, exceptions, warnings, and an execution context (Oro\Bundle\BatchBundle\Item\ExecutionContext) as well as the abstract data generated during the execution.

As the import/export domain has its own terms, ContextInterface expands the Oro\Bundle\BatchBundle\Entity\StepExecution interface and separates its clients from OroBatchBundle.

DefaultDataConverter is applicable in simple cases of import/export. It can convert the data between two representations: one dimensional vs multi-dimensional arrays. It uses the “:” delimiter in keys to be converted between these two formats.

AbstractContextModeAwareNormalizer is an abstract normalizer that manages the available normalizers and default modes. 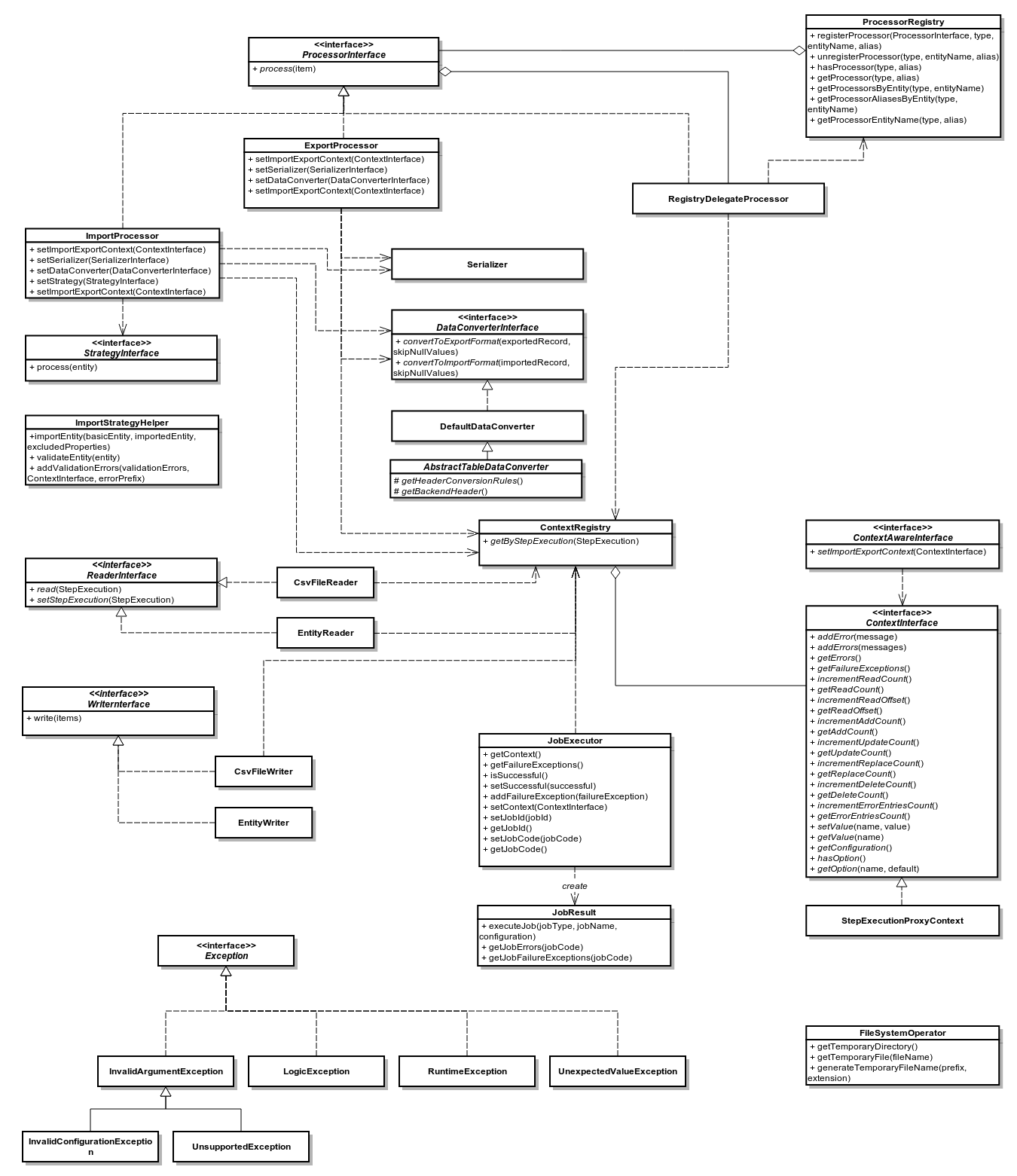